Prisons are easy targets for the recruitment of victims by sex trafficking predators for their “stables.” An investigation conducted by The Guardian brought to light the many flaws in the U.S. prison system which makes people, particularly women, vulnerable to sex trafficking. According to the investigation, “as America’s female prison population booms, jails and prisons are becoming the new hunting ground for human traffickers.”  There are many ways that traffickers can access inmates. In many states, a list of inmates along with their mug shots and arrest records are made available immediately following their incarceration, which can then be easily found online using a simple Google search. Women are then located and chosen by the trafficker based on her appearance and the nature of her arrest charge, most commonly prostitution or drug related charges. Given the lack of privacy protection therefore, inmate profiles may also give more information that can help a trafficker identify their next victim. 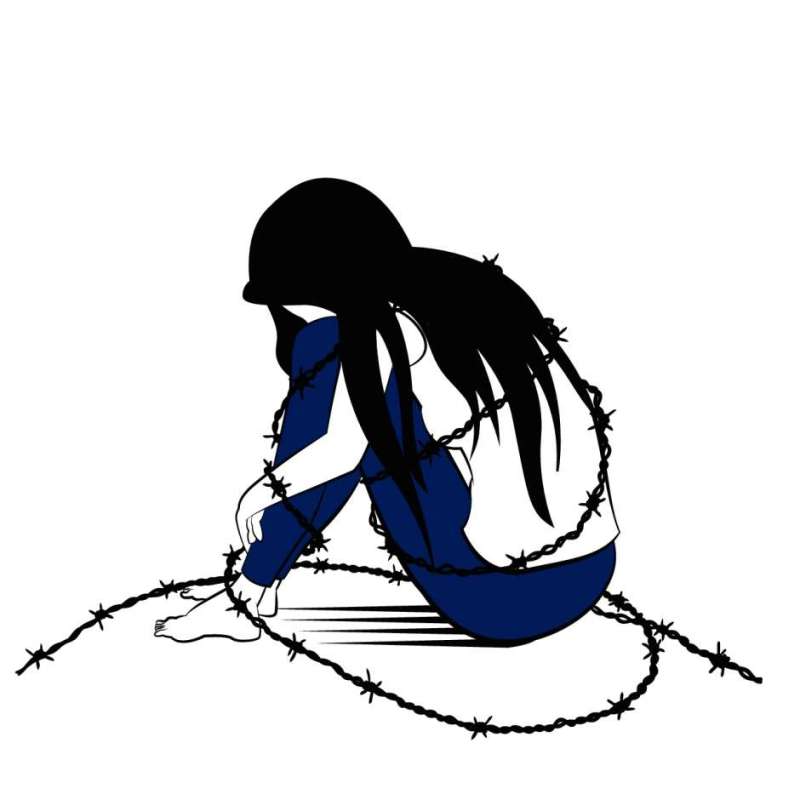 Another way to access potential victims is through letter writing which also may give access to inmate bank accounts. Due to the lack of monitoring of inmate bank accounts, anyone from the public can add money to an inmate’s bank account, thus enabling the process. Another method trafficker’s use is to utilize people who are already incarcerated to recruit people.

After being released, the trafficker will pick up the victim entrapping her into a vicious and often inescapable cycle of trafficking. Prisons do not have rules or stipulations in place for who can pick up an inmate other than that someone needs to pick them up. Often times it will be the trafficker waiting for them. These victims will then be threatened with physical harm, coerced at gunpoint, or hooked on drugs ensnaring them into the prostitution ring. They will need to work to repay the trafficker and are now under their control.

Combating the human trafficking crisis begins by raising awareness as many people are not aware of the role of U.S. prisons. John Meekins, a former CO at Lowell Correctional Institute, Florida, admitted he warned prison authorities about human trafficking within the prison. He stated that the majority of his coworkers did not know what human trafficking was. A second former CO at Lowell, Theresa Davidson, stated she witnessed trafficking within the prison. When she alerted her supervisors, they ignored her, not wanting any trouble. The warnings were ignored despite the red flags that were raised. Richard Rawls, a convicted sex offender, was able to collect multiple women from Florida jails and prisons. Meekins reported that Rawls was seen by the night crew waiting for and picking up women upon their releases multiple times. He became aware that the staff was unaware of the concept of trafficking Rawls was later arrested and charged. He is the first sex trafficker convicted in the U.S. for trafficking women from prison. Training corrections staff to the signs of trafficking is a start, and may be the first line of defense in the prison systems in combating trafficking.  There are now different types of educational programs for both corrections staff and victims which are becoming available to assist with spreading awareness about this issue and more importantly assisting victims out of or after exploitation. One particular group that has been created in response to anti-human trafficking has been CAHTI.

Current laws against trafficking include The Trafficking Victims Protection Act (TVPA) of 2000 which is the first comprehensive federal law to address trafficking in persons. The law provides a three-pronged approach that includes prevention, protection, and prosecution. The TVPA was reauthorized through the Trafficking Victims Protection Reauthorization Act (TVPRA) of 2003, 2005, 2008, and 2013 Other federal anti-trafficking efforts include the Federal Strategic Action Plan on Services for Victims of Human Trafficking in the United States which was developed to increase the coordination, collaboration, and capacity of federal agencies in combating human trafficking. The plan ensures that victims of trafficking have access to services through building capacity.

While the amount of laws and associated “awareness” groups covering the topic indicates recognition of a problem, how do the laws and programs truly protect those that are incarcerated? More protections should be afforded to people in the prison system, which after they pay their proverbial debt to society, will be locked in a never ending cycle of exploitation and abuse.