In January, NOAA and NASA announced that the previous decade was the hottest on record, and the UN warned of more extreme weather events in the new decade, the result of heat-trapping greenhouse gases. Climate change’s impacts – whether in the form of massive wildfires, hurricanes or flooding, or slower-onset destruction by drought, sea level rise, or extreme heat – will increasingly drive migration worldwide as people flee their homelands.

In 2018, there were over 70 million people worldwide who had been displaced by wars, violence, and persecution.  But that same year, over 17 million people were displaced within their own countries’ borders by natural disasters, particularly weather-related events such as storms linked to changes in climate.   The Intergovernmental Panel on Climate Change predicts that with a 1.5℃ increase (the goal of the Paris Agreement), 4 billion people globally would experience extreme heat waves every 5 years, and 114 million people would be exposed to drought.  The World Bank estimates that by 2050, 143 million people in Sub-Saharan Africa, South Asia, and Latin America will migrate within their own countries’ borders because of events related to climate change.  But that is likely a conservative estimate.  Last fall scientists at Climate Central, using more precise calculations, predicted greater flooding by 2050 than previously forecast, and 200 million people permanently displaced by sea level rise by 2100 (for example, much of Mumbai would be lost to flooding).

People who migrate away from climate-caused environmental damage are not currently recognized as refugees.  The 1951 UN Convention Relating to the Status of Refugees was enacted following World War II and was intended to protect those crossing national borders to escape wartime conflicts and persecution.  The Convention defines a refugee as one who can demonstrate a well-founded fear of persecution on account of race, religion, nationality, political opinion or membership in a particular social group.   Those fleeing a nation that is on fire or sinking below sea level cannot make the requisite showing.  Litigation to extend the 1951 Convention’s definition of refugees to climate-displaced persons has not been successful so far.  Given the current political climate regarding refugees and immigration, advocates are reluctant to re-open the Convention, for fear of inviting changes that would harm rather than help migrants. 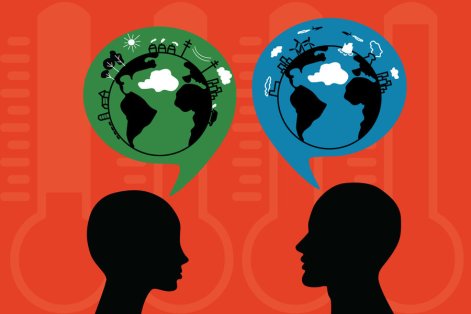 Arguing for a human right to a livable environment may be the more effective path forward.  In the US, the plaintiffs in Juliana v. United States et al., allege that the government’s actions (or lack thereof) concerning fossil fuels have violated plaintiffs’ constitutional rights to life, liberty and property.  The case awaits trial pending the outcome of appeals of the district court’s order, in which the judge concluded that the “right to a climate system capable of sustaining human life is fundamental to a free and ordered society.” Worldwide, lawsuits continue apace against governments and private actors for climate-change-related damage.  There are also petitions to the International Court of Justice and the UN asserting that governments and private actors are violating the petitioners’ human rights through global warming.  Many of these claims arise in south Pacific island nations, where low-lying islands such as Kiribati are disappearing.  Ioane Teitiota, a Kiribati islander who moved to New Zealand and sought asylum there, argued that his life and livelihood were threatened by sea level rise. In 2013, the High Court of New Zealand rejected his petition to be declared a refugee under the 1951 Convention, concluding his move was voluntary. Mr. Teitiota continued to appeal.  This January, the UN Human Rights Committee (which reviews actions pursuant to the International Covenant on Civil and Political Rights) also denied his asylum claim, agreeing with New Zealand that he was not a refugee within the meaning of the Convention.  The Committee also found no violation of Sections 6 or 7 of the Covenant, concluding that Mr. Teitiota’s life was not in danger, but acknowledged that under different facts, asylum could be granted on account of climate change.  The door has perhaps finally begun to open, and others may be able to pass through.

The latest figures show that the world has warmed 1.2℃ over pre-industrial levels. We are now close to the 1.5 ℃ long-term goal set by the Paris Agreement (and even if every nation met their commitments, global temperature increase would still exceed 3℃ by 2100).   The UN last fall reported that unless the world achieves an annual 7.6 percent reduction in emissions between now and 2030, we will be unable to limit warming to 1.5℃.  Another recent UN report shows that the 10 nations studied (including the US and China, the leading sources of carbon dioxide emissions) plan to allow 50 percent more production of fossil fuels by 2030 than what could be allowed and still meet the upper limit in the Paris Agreement of 2℃.  There’s still time to make systemic changes to reduce the damage, but that time is running out.

The scale of forced migration is poised to increase exponentially.  Immediate measures are needed to assist populations, many of them located in poorer, less developed countries that are not the source of global warming and cannot wait while the developed world debates emissions reductions.  As part of their climate adaptation strategies, nations should be planning now for dealing with the large numbers of people expected to be displaced from their home regions.   And remedies such as asylum or other immigrant status will need to be found for those whose human rights have been violated by climate change.