Given the significant rise of recent terrorist activities many countries are updating their “anti-terrorism” legislation. Unfortunately, these updates continue to neglect a critically important balance with the Convention against Torture. This imbalance is caused because of the vagueness surrounding the terms “terrorist” and “terrorism” and because an enormous amount of discretionary and unchecked power is given to law enforcement whereby the governments essentially condone the use of torture.

The international community continues to debate over what the term “terrorism” means. National legislation in many cases does not define “terrorism” or “terrorist” and is therefore used as a pre-text to stifle criticism and dissent. The consequence of this is what human rights organizations have referred to as “risk of abuse.” Ethiopia allegedly uses its Anti-Terrorism Proclamation of 2009 to arrest and sentence journalists.[1] Those detained are not allowed to see attorneys, family members, and torture is used to extract “false confessions.” Chile has used its anti-terrorism laws against the Mapuche indigenous community.[2] The laws have been used to justify excessive force and indefinite detention.[3] The Inter-American Court of Human Rights “cast blame” on Chile and asked that these laws be abolished. Both Ethiopia and Chile are parties to the Convention yet these examples show a blatant disregard of the absolute prohibition of torture detailed in Article 2.[4]

One of the largest beneficiaries of expansive anti-terrorism legislation is law enforcement. Ahead of the World Cup games, Brazil gave police (already responsible for close to 2,000 deaths per year)[5] more power over its people through anti-terrorism laws. According to many human rights activists, the anti-terrorism laws were “É quase uma repetição da época da ditadura civil-militar.”[6] Pakistan ratified the Convention in 2010 yet no elements of the Convention have become part of the national law. Most reports indicate that torture is widespread in custodial settings and no one is spared from abuse.[7] Pakistan recently passed the controversial Protection of Pakistan Amendment (PPA).[8] The PPA fundamentally moots ratification of the CAT. The PPA allows security forces to arbitrarily detain and search persons in order to “curb the threats of terrorism and to protect law abiding citizens.” It also makes some allowances for an “order to shoot”[9] anyone who is a suspected “militant.”[10] Some predict that the increase in power for law enforcement means that custodial torture will increase.[11] 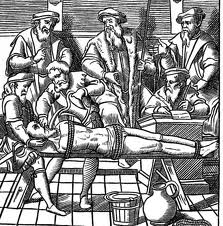 More anti-terrorism laws are on the horizon as a result of the “foreign fighter” dynamic in conflicts like Syria and Iraq. Europe is starting to create policies aimed at preventing these fighters from joining or returning from conflict. If these particular anti-terrorism policies are not implemented carefully, it could become a pre-text for significant racial, ethnic, and religious discrimination and will increase custodial torture.[12] Many of these countries already have existing legislation which has been critiqued by the United Nations Committee on the Convention against Torture.

The world can learn a lot from the failure of the United States and its Guantanamo Bay facility which houses suspected terrorists. The U.S. public is critical of the government policy of force-feeding and other methods of torture used at the facility.[13] President Obama continues to seek places to transfer prisoners in order to close down the facility given its physical state and damage it has done to the U.S reputation.[14] Unfortunately no definitive time table exists for its closure.

While terrorist groups make pledges to destroy their enemies at all costs, the international community must not lower their moral standards because of people who have none.[15] The Convention against Torture represents the minimum human dignity that states should maintain in all scenarios. If we are not careful, anti-terrorism legislation will be the undoing of the Convention against Torture.

[15] See Sarah Kneezle, “The war on terrorism led to a worldwide increase of torture” Al Jazeera, May 12, 2014, http://america.aljazeera.com/watch/shows/live-news/articles/2014/5/12/war-on-terror-torture.html